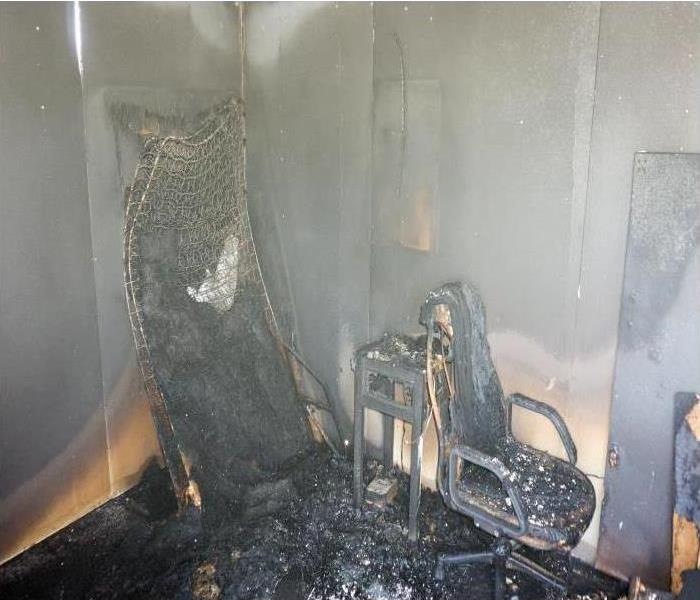 When there is a fire in your Dallas property, you might have a hard time understanding how some of the damages you have to deal with occur.

When there is a fire in your Dallas property, you might have a hard time understanding how some of the damages you have to deal with occur. Some things like soot only appearing on the upper half of the walls or pungent smell in rooms with no visible fire damage or smoke residues might be hard to understand. Over the years our crew has been offering professional restoration services, we have encountered most of these patterns, so we not only anticipate them but also know how best to deal with them.

In many incidents of fire damage in Dallas, the flames are put out before they raze the entire structure down. In some cases, most of the damage is from smoke residue left on the ceiling and upper sections of the walls. This is an outcome of convection currents that drive smoke movements while the fire burns. The currents occur when hot air displaces cold air in the surroundings forcing the cold air to flow downwards. Since the hot air is the smoke from the fire, it deposits soot and other residues on surfaces higher up in the affected areas.

Bad odors are a common problem after fire damage. Various residues left by the fire including soot and charred material remains produce these odors. It might, therefore, surprise you if there is a pungent odor in areas with no visible residues from the fire. This scenario is likely when there's a kitchen fire involving meats. The protein residues left are yellow, amber or virtually invisible which explains why there is a bad odor without any visible residues. In protein fires, our SERVPRO crew cleans up the entire home to get rid of all residues.

The smoke produced in fires is driven or floats freely depending on the temperatures involved. Every 10°F increase in temperature doubles air volume and increases pressure. Therefore. the hotter the fire is, the harder the smoke is forced into surfaces requiring extra effort during cleanup. Our SERVPRO technicians use different cleaning approaches including mechanical action such as agitation and application of professional cleaning agents to remove all residues.

From the sources to the outcomes, fire incidents can be puzzling. Call SERVPRO of Northwest Dallas to help you unravel any mysteries. You can reach us at (214) 361-7887 any time.