Get Results with Reconstruction and Fire Restoration by Skilled Technicians 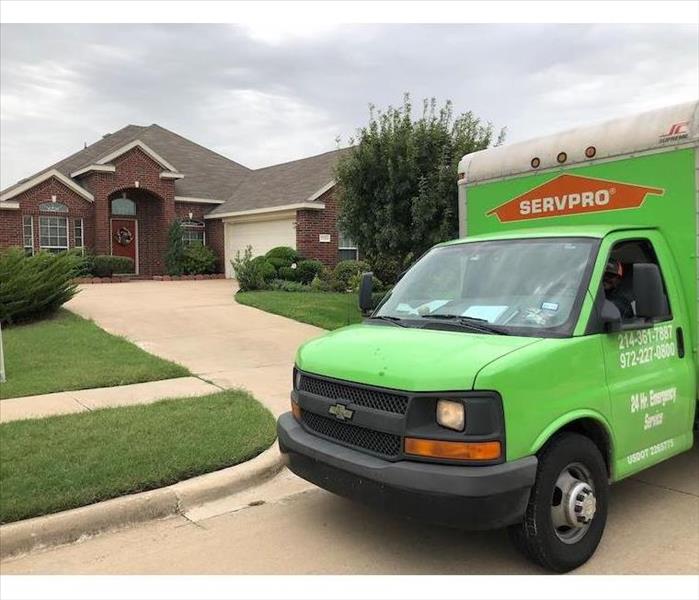 We have the training, expertise, and state-of-the-art equipment to restore your home to pre-damage condition after a fire. Call us right away.

SERVPRO arrives quickly to your Dallas home so that you can get prompt, reliable fire restoration

As one of Texas's major cities, Dallas happens to be the fourth-most populous metropolitan region in all of the United States. The city of Dallas had a population of 1,197,816 when the 2010 United States Census got taken.

The Caddo people originally inhabited Dallas, TX, prior to the time that Spanish colonists arrived to claim the territory. In later years, France also claimed portions of the region but never did establish much of a settlement.

The Assassination of John F. Kennedy

One of the more notable and sadly historical events known for Dallas, TX, is President John F. Kennedy's assassination on November 22, 1963. This event took place when his motorcade went through downtown Dallas and Dealey Plaza on Elm Street. In the years since that took place, the Texas School Book Depository where the shooter, Lee Harvey Oswald, was said to be – it has now been turned into a historical museum that details the life of the former president and all of his accomplishments.

Dallas, TX, Offers Many Hidden Gems for Sights and Attractions

There is a lot to explore when you are in Dallas, including some incredible must-see attractions, including:

Some of the top restaurants and bars to visit in Dallas, Texas, include:

Prompt action and proven methods are the only way to ensure your Dallas home is back to preloss condition after a fire. SERVPRO arrives fast and utilizes a proprietary process to move through the steps of cleanup and restoration.

Once you have an emergency and need fire restoration in Dallas, the process is as follows:

Call (214) 361-7887, and SERVPRO of Northwest Dallas will be on the scene within hours to help you with fire restoration. We're Faster to Any Size Disaster!